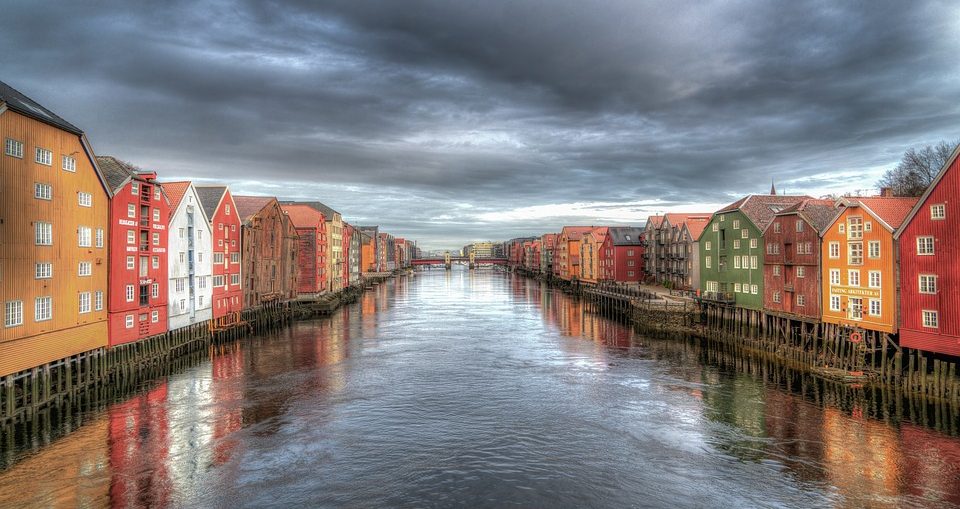 Offshore oil production is a major source of oil supply globally and is expected to be responsible for incremental oil production going forward. Offshore oil is well understood and free of the encumbrances of land drilling within the confines of a country – allowing for producers to realize seaborne pricing (Brent or similar) for all of their production.

There are massive hydrocarbon resources underwater and due to an understanding of geology and how the earth has shifted over millions of years, certain geological shelves can mirror each other because they were once together – an example being Brazil and West Africa.

Entrepreneurial offshore companies have moved up the learning curve in time, turning complicated projects (far more complicated than anything onshore owing to factors such as weather, hurricanes, incredible pressure at deepwater plays requiring specialized steel) to extremely profitable ones with very low unit costs of production.

The deeper you drill, the harder it gets. Pressure in ultradeepwater environments is incredible so it requires far more advanced engineering work than anything you will find onshore.

Oilfield services companies such as Maersk, Transocean and Seadrill provide equipment for offshore oil and gas producers to use on a contracted day basis or for the length of a project. The dayrates on offshore drilling rigs can vary, from over a million dollars a day before the previous oil price crash to far lower levels today. Similar to any other oilfields services business involving heavy capital goods, prices fluctuate heavily based on supply and demand and in times of distress older models are sold or sent to the scrapyard to be sold for steel.

For demand, analysts will look at how much capital spending has been announced by offshore producers. If they are expanding their capital programs, that means demand for rigs, driving dayrates up.

Declines or deferments in capital spending announced combined with oncoming newbuild rigs that were ordered previously will result in prices being pressured downwards.

Loans will also be made on a secured basis to these rigs as they are excellent collateral for otherwise less creditworthy companies. As such, fleet age and complexity matters a lot for creditors and investors as they offer better collateral and are also more likely to generate cash flow when there is demand.

The rigs are usually made in major industrial zones such as Chinese or Korean shipyards.

Jack-ups, or self-elevating units, are drilling platforms with moveable legs. These are not boats, but are towed by them to the ideal drilling location where the legs can be anchored in shallow water. Once they are anchored, they are well positioned to handle forces of nature. Given the amount of steel required for the legs, these can obviously not go that deep.

Semi-subs are self propelled drilling rigs that include living quarters (living quarters are also a lucrative oilfield services business as rig workers need comfortable lodgings in a harsh, isolated environment where they are flown on and offsite).

The upper deck of the semi-subs will stay above the ocean’s surface while the lower hull is below the water. Semi-subs can be anchored to 1,500 feet underwater, and will need to be dynamically positioned if any deeper. Computer systems will assist with getting the semi-sub to the right place above the well.

Drillships are for midwater to ultra-deepwater oilfields. They are positioned over wells through computer controlled thruster systems.

Drillships are ideal for drilling in remote locations.

As offshore drillers are often very levered with dubious capital structures, they are a staple of distressed debt investors.

Creditors care a lot about the existing fleet to gauge what cash flows are going to be like for servicing debt. First, they will look at how long each of the rigs are contracted out for and what rate they are contracted at. There are many nuances to these contracts – for instance, a take-or-pay contract may mean that the driller is paid by the oil producer regardless of whether the rig is utilized – however, there may be a higher rate if it is utilized.

These cash flows themselves are not guaranteed – the lessee/oil company may be even less creditworthy than the driller, and if the driller is already in distress it should not be a tight market with high demand for offshore rigs.

The drilling industry is extremely cyclical and prone to bankruptcy. A debt to equity ratio of 1.0x is usually the floor for investor comfort.

Equity analysts also like to see development timelines going forward and capex that can be comfortably met with cash flow or a prudent funding mix. When companies layer on too much debt to grow, this puts them at risk for restructuring if there is an oil price downturn – destroying equity value.

For projects that are planned or in development, analysts will look at the IRR under various price deck scenarios.

Free cash flow for the year divided by market capitalization. However, this is not a good standalone measure without context – a company could be undergoing a major capex program but could generate very strong free cash flow in future years as a result of spending and successful execution of projects. Likewise, a project could be on its last legs and generate decent cash flow but the company itself is valued lightly because there are no visible future cash flows coming onstream.

For explorers and developers, EV/2P is a major valuation metric. 2C, or contingent resources are also very important for explorers because they have a far larger chance of becoming commercial than resources that face regulatory, social and infrastructure hurdles such as oil sands assets.

Essentially, once contingent resources are appraised and have a plan of development, they will be converted to 2P. From a valuation perspective, 2C resources are usually given a fraction of the per barrel value of 2P reserves, so any views towards favorable appraisal activity reassigning 2C to 2P will be a positive for valuation.

For valuation of most widget companies, equity research analysts like to lean on EV/EBITDA and multiples of this nature. The idea is that corporates are compared on a pre-leverage basis, independent of capital structure. Tax is affected by leverage due to the tax shield created from interest bearing debt.

However, for oil and gas, especially when it comes to comparing across sovereign jurisdictions, tax is influenced far more heavily by the nature of taxation for petroleum – which can be drastically different across countries. For offshore companies, this is especially the case – because explorers will partake in exploration, appraisal, development and production activities across various shelves with geological characteristics that they like – which means they are in constant partnerships with governments. Natural resources are an extremely political industry based on national security concerns and nationalist tendencies.

Whether there is a special petroleum tax in addition to royalties or a production sharing agreement with the government, taxation can be so dramatically different that it makes no sense to look at at company without considering tax – also interest is not nearly as influential on tax as it would be in a normal company.

Here is an example of a tax regime.

Norway has the world’s largest sovereign wealth fund (the “oil fund”) due to its abundant natural resources. Norway also has one of the world’s highest GDP per capita and ranks highly on the United Nations Human Development Index.

The relevant oil benchmark for Norwegian Shelf and North Sea companies is Brent.

The major, top-tier development that has brought Norwegian production back to the forefront is the massive Johan Sverdrup project, which is profitable at $20 Brent.

Norway’s marginal tax rate is 78%, which as you may surmise is extremely high globally. This does not mean that Norwegian focused producers are not good companies however – they still enjoy high NPVs on oil and gas projects in the Norwegian Shelf.

Also, Norway has a good regulatory regime that encourages production as cash taxes can be reduced through deductions for exploration capex.