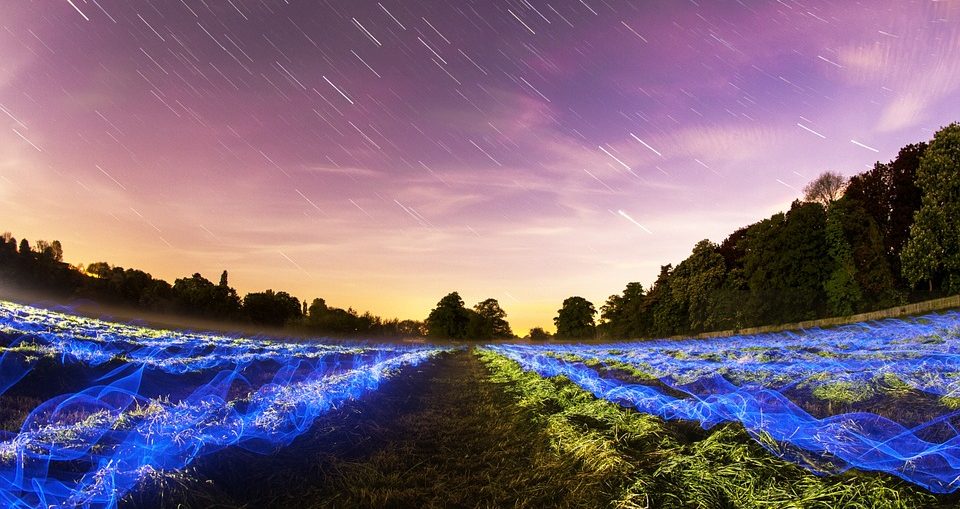 When oil and gas producers contract with a royalty landholder, they agree to pay a % of revenues for every barrel they produce – basically a percentage lease contract, similar to real estate. There is also upfront consideration paid when entering into a new lease, called a lease bonus. This lease bonus varies based on how hot the area is (how much drilling activity), the duration of the lease and the upfront capital requirements to start drilling.

This is not to be confused with the standard royalties that oil and gas companies pay to governments – although it can be the same thing for certain royalty companies – they have fee title to lands (they own it, freehold land, as opposed to the government and are taking the toll accordingly). Sometimes royalty companies can have an overriding royalty on the land that is counted after the government royalty.

Here are some things to know before investing in oil and gas royalty companies.

Royalty companies are a very specific niche within the oil and gas upstream space, however, with a very limited peer universe that has historically been associated with an S-Corp or unit trust structure (similar to REITs, royalty companies were master limited partnerships that paid no taxes and distributed all of their earnings as dividends where they are/were taxed at the personal investor level).

Today, they are structured the same way as normal corporations (C-Corps) that pay taxes – however, the nature of their cash flows is very different from standard oil and gas producers.

For one, royalties tend to employ very little debt in their capital structure. They will have revolving credit facilities for flexibility purposes and to make acquisitions opportunistically but will generally prefer a net cash position.

Two, royalty companies tend to have less operating leverage than traditional oil and gas producers – they have no real expenses because their primary assets are rights (a contract instead of physical assets – or rather contracts via their ownership of the underlying land being exploited for hydrocarbons). Whatever they receive in revenue has no associated expenses because they do not take on any operating risk (with fee-title and overriding royalties, operating risk is taken for working interest ownership – see below) – so practically all revenue flows through to net income, after taking into account corporate effects such as salaries at head office and interest expenses. What results is extremely high operating margin and net income margin.

Investors will look at the netback metric for royalty producers similar to oil and gas companies, but they tend to be drastically different.

Three, owing to the cash cow nature of these companies, they are considered more stable than E&P companies and will accordingly command a higher trading multiple. Keep in mind, however, that they are still affected by the gross and net prices of oil and gas because they tend to take a percentage of revenues. These stocks will still show a strong positive correlation with oil and gas prices (depending on what commodity the royalty land produces). Stable cash flow is seen as more fixed-income (bonds) in nature, and may be associated with other sturdy companies in real estate, telecommunications or utilities.

Four, owing to their pure cash flow model, they are able to sustain strong dividend yields with higher payout ratios. There is never capital expenditures or operating costs to worry about so they can comfortably pay out. Owing to the volatile nature of oil and gas prices, they may choose special variable dividends in addition to a lower fixed dividend.

Lastly, these companies have been historically associated with some other oil and gas entity. For example, PrairieSky was once part of EnCana – it was spun out in order for EnCana to crystalise value for the assets as they traded at a far lower EV/EBITDA multiple within the larger oil and gas producer company. Likewise, Viper Energy Partners was spun out of Diamondback Energy, a major player in the Permian – they continue to realize corporate finance efficiencies by dropping down assets to Viper and selling off stakes in Viper to realize higher value outside the firm.

In Canada, most oil producing leases are with the government or on “crown land”. There are freehold lands, but they are vastly outnumbered by government landholdings. As such, there is not as much room for consolidation.

Not so in the US, where very much of the land is freehold in an extremely fragmented landowner market – leaving ample opportunities for consolidation.

As such, larger royalty companies and private equity firms are constantly on the lookout for good royalty packages considering:

Valuation metrics for royalty companies will include daily production (what is netted to the royalty title holder, not the total production on the land – although that is usually observed as well), net royalty acres (acreage), cash netbacks, EBITDA and distributions.

These would take the form of EV/Production, EV/Acreage, EV/EBITDA and dividend yield. Free cash flow and NAVs can also be looked at, while some are valued on a dividend discount model (DDM).

What will cause these companies to trade at a premium or discount are more qualitative, including strength of management team, attractiveness of basin and sub-basin that they are in where acreage is expensive, production in the acreage, oil-gas mix, synergistic value with adjacent properties and prospensity to transact (purchasing the neighbour) and oil price differentials in the area.

For basin attractiveness, the most obvious name is the Permian. However, within the Permian, there are various sub-basins and sub-plays – the most famous ones being the Midland Basin and the Delaware Basin. From there analysts will opine on Wolfcamp, Spraberry and other trends and shales where land is trading at $90,000 per acre.

Oil rich land will command a premium to gas rich land on an energy equivalent basis.

This is the best type of royalty and receives the highest valuation all things equal. Fee simple interest means that the holder has the supreme right to land ownership – basically the same as the government royalty on Crown land. Fee simple mineral ownership never expires regardless of who is operating on the land and is perpetual until sold.

Gross Overriding Royalties (GORR) are royalty interests that are attached to a lease or working interest. The GORR is not subject to expiration or termination as long as the underlying lease is valid – however, if the lease is broken, the GORR is worthless.

GORRs manifest themselves in various instances, usually to do with capital budgeting. For many companies that do not have plans to develop a certain lease, they may “farm-out” this interest to a third party and collect an overriding royalty on production.

Companies may also sell large GORRs on their own production if they require capital – which essentially becomes a variable, perpetual commercial obligation based on the price of oil. This is obviously unattractive if a company has quality assets unless the price is extraordinarily good. However, most companies that sell these GORRs are strapped for capital and do not get the best price.

Lastly, for checkerboard fee lands, adjacent leaseholders may drill into another lease just due to proximity, so a GORR is a solution to the benefit for both parties.

WI is not necessarily a royalty – and these are not extremely low cost like the aforementioned two royalty structures. A working interest means that a portion of an oil project is owned by a certain party. However, they will have to commit capital when it is called to get the project going and are responsible for operating costs. Accordingly, they get a percentage of the net income.

A 100% working interest is just like any standard leaseholder that produces as a standalone entity.

Producers will often sell off working interests in projects to lower their total risk exposure, especially when capital requirements are large. Usually the producer with the highest working interest is the operator but not always.

Viper Energy Partners (NYSE: VNOM) – Spin out from Diamondback Energy – the name is related: Diamondback and Viper are both snakes. Viper also acquires its own acreage independent of Diamondback

PrairieSky (TSX: PSK) is one of the large oil & gas royalty companies in Canada. Emerging plays where they may see additional production and associated royalty income going forward include the Clearwater heavy oil play, East Shale Duvernay and the Viking

Texas Pacific Land Trust – not covered by equity analysts. Mandated to repurchase shares with cash flow. One of the largest land trusts in Texas.