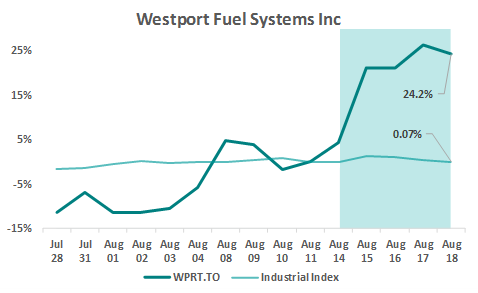 WPRT posted a solid quarter validating that the operation is improving and the merger with Fuel System Solutions was the right strategic move. WPRT is ahead of schedule in realizing cost and operational synergies from the acquisition. Management is guiding positive adjusted EBITDA in early 2018. This is a significant milestone as WPRT historically generated negative EBITDA in the $40mm-$55mm range. More importantly, through a combination of an $28.7mm equity raise and non-core asset divestitures (WPRT sold its industrial segment for $70mm) in 2Q, the company now has enough liquidity to pay down its 9% junior debenture due on September 15, 2017. 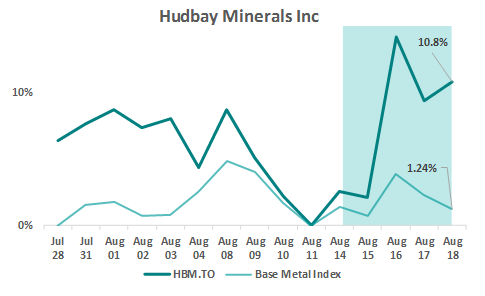 Both of HBM’s main metals, copper and zinc, were pushing multi-year highs last week. A flash flood at Freeport’s Grasberg mine in Indonesia is said to disrupt global copper supply. Copper supply could be further disrupted as the Zambian government reduces power to the country’s largest producers, including First Quantum and Glencore. Zinc price hit $US1.41/lb, the highest in almost a decade, on the back of shrinking LME stockpiles and shortage of metal in China. Chinese environmental production inspectors shut down several Zinc-Lead operations in the top-producing Sichuan Province this week. 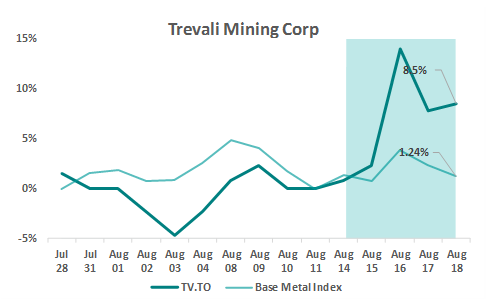 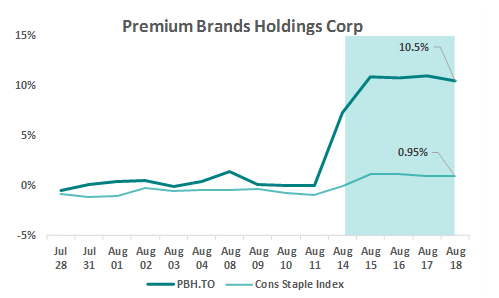 PBH reported last week Friday and there was some post-earning-announcement drift this week. PBH reported a strong quarter with above-expectation top-line growth and EBITDA margin expansion. More importantly, organic growth in its Specialty Foods segment came in at 9.5%, far exceeding the 4-6% management guidance. As a result, a lot of sellside analysts believe the guided 8.5-9.0% FY2017 EBTIDA margin is too conservative. In addition, the new Phoenix sandwich facility, which is expected to be the main driver for future earnings growth for PHB, is performing ahead of schedule. 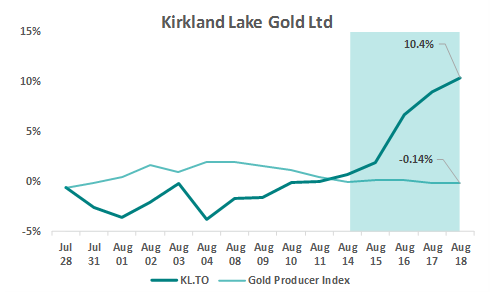 KL’s 10% pop last week was interesting as there was no fundamental news of the company that could have caused this reaction. However, on August 16, the common stock of KL started to trade on the NYSE. KL was previously listed on the pink sheet. I believe listing its share on the NYSE gives KL more exposure and the volume increase should help remove some “illiquidity risk” associated with its previous pink sheet status. 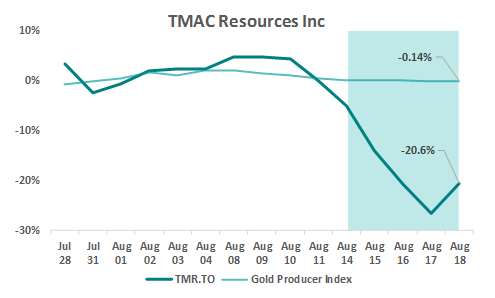 This is another episode of “analyzing mining stocks is difficult”. It’s not enough to discover a big deposit. receive all required regulatory approvals, and celebrate the first gold pour. The company also needs to ramp up the production to how much it previously promised, or it could lose one-fifth of its market cap in a week. TMR previously disclosed the slower-than-expected ramp up back in July, and along with its 2Q earnings release, it finally cut its production guidance by half and suspected cost guidance for 2017 altogether. 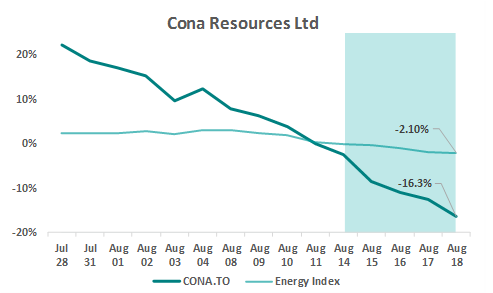 CONA (previously Northern Blizzard) reported a material CFPS miss due to a combination of higher field OPEX and G&A. The company also guided a significant increase in cash cost. The board suspended the dividend completely causing income-oriented investors to dump their shares (CONA was yielding 9% previously). This price drop after the dividend suspension is a sign that the public float is predominately owned by retail since the dividend cut should be long-term net positive. CONA can now use a larger proportion of FCF to pay down debt, and should help its long-term strategic turnaround. 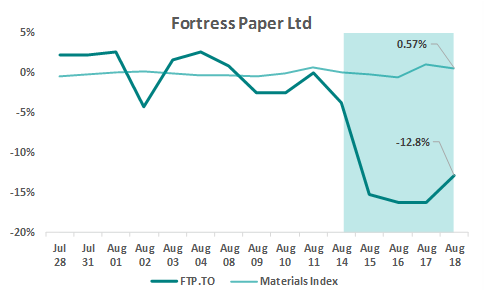 FTP reported 2Q-2017 EBITDA of $4.3, down $3.2mm sequentially from 1Q2017. The 12.8% drop is a little deceiving because the stock is illiquid and trading volume is very thin so even a little bit of selling pressure can push the price down significantly. To put things into perspective, the 30-day average daily volume of the FTP is about 3,500 shares and the VWAP for last week was $5.07, which means you could only move about $18,000 worth of stock a day. 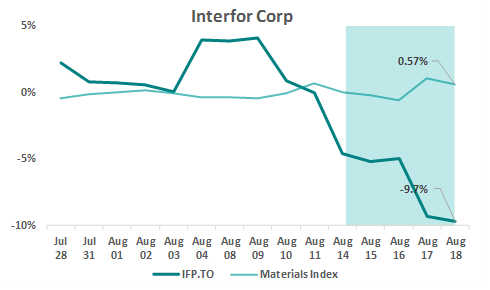 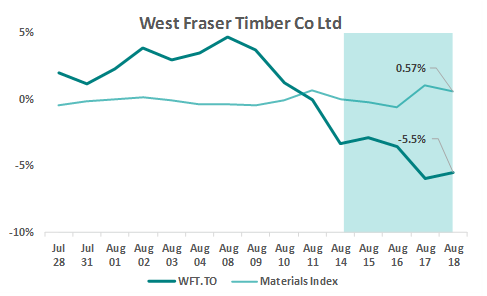 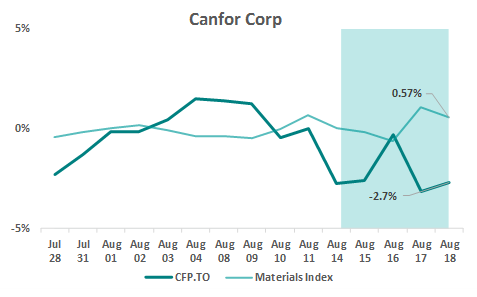 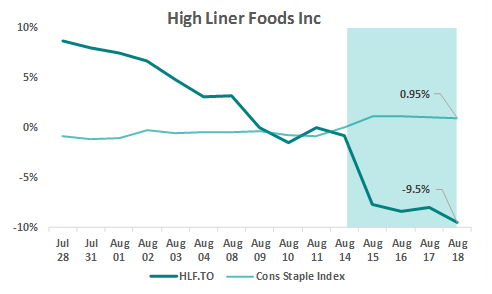 HLF reported below-consensus revenue and EBITDA for 2Q2017. If not for a timely acquisition, the results would have been worse as HLF had a product recall in April that negatively impacted the top-line by C$2.2mm. The results were also hurt by a weaker Canadian dollar as HLF reports in USD. Management adjusted the full-year guidance downward to reflect higher raw material costs.