You are here
Home > Region > Canada > Why Are Canadian Oil & Gas Companies Down? 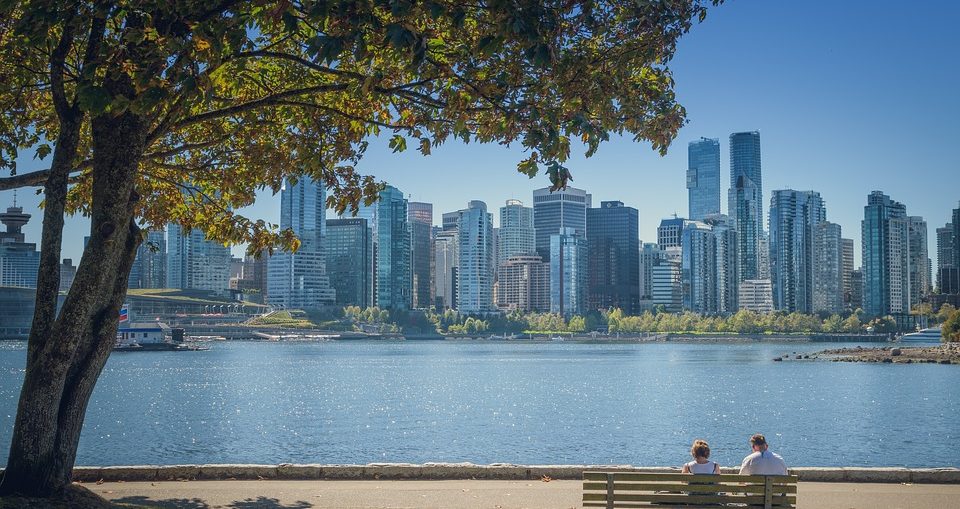 This runup in oil prices has resulted in energy companies across the globe seeing their stock prices rise as cash flow expectations ramp up. However, Canadian energy companies have lagged global peers and for some names – gas producers in particular – dropped precipitously during this same time period.

The reason is because while West Texas Intermediate (“WTI”), the North American benchmark price of oil that is quoted on most market news feeds is not the price that is realized by Canadian oil and gas companies, unless they have extensive operations outside of Canada – examples being companies such as EnCana.

While WTI has gone up, Canadian benchmarks for light oil (Edmonton Par) have been flat and heavy oil (Western Canadian Select) has decreased. A very large percentage of Canada’s oil production is heavy oil or bitumen (ultra-heavy oil) from its oil sands projects, so this has resulted in decreasing unit revenues for oil across many companies.

For background, Canada has very limited energy infrastructure, namely pipelines, in taking the oil supply out to demand markets. The only access to global markets for Alberta and Saskatchewan oil (which is the vast majority of oil produced in Canada) excluding the United States is Kinder Morgan’s Trans-Mountain Pipeline, which currently ships 300,000 barrels per day (and is a feedstock for Burnaby’s Chevron refinery) – meanwhile, Canada produces 5 million barrels of oil a day while consuming 2.5 million. As a result, most of Canada’s oil goes to the US Midwest where there is an abundance of supply, giving way to the discount on Canadian oil relative to WTI. The discount of an oil grade versus the main benchmark is called the differential (or “diffs”, colloquially).

In late 2017-early 2018, this discount has widened because the pipeline situation has gotten worse and new production has been brought online. Reasons for this are existing pipeline capacity being limited and new supply coming online while alternative transportation options are unavailable (railroads).

Due to a recent oil spill leaking 5,000 barrels of crude in North Dakota, a US regulator currently requires TransCanada to operate its Keystone pipeline (not to be confused with the not-yet built Keystone XL pipeline that is the subject of many protests) at 80% pressure. For a 590,000 barrel per day pipeline that serves as one of the primary conduits for Alberta oil moving to US refineries, this has caused the WTI-WCS differential to widen considerably.

On the demand side, Suncor’s Fort Hills project – a massive oil sands mining operation with a maximum capacity of almost 200,000 barrels per day of heavy oil – achieved first oil early 2018. This new influx of heavy oil will compete for the already stressed takeaway capacity for Canada’s other oil sands players, further pushing up the differential.

Previously, once discounts became sufficiently wide, railroads were able to ship heavy oil in tank cars, known in the industry as crude-by-rail (“CBR”). During the last time differentials blew out in 2013/2014, CP Rail and other railroads made a lot of money moving oil to demand markets. CBR has a value proposition in that railroads are more flexible, faster and can carry different grades of crude.

Railroads are more flexible in that pipelines cannot be moved, take extensive expenditures to build and long regulatory processes to be approved which is difficult in today’s political situation as it pertains to the environment. Meanwhile, CBR does not receive as much press (although it is more dangerous for spills and crashes), laying new track or moving current track is less expensive and can reach a variety of demand points. Rail also moves much faster than pressurized pipelines and different crude grades can be put in different boxcars, whereas a pipeline fill needs to be a very distinct specification.

On the flip side, CBR is more expensive than pipelines, but producers do not care as it is oil that would not otherwise be shipped, adding to the profit margins of both sides. Unfortunately, CBR 2.0 has not materialized this time around due to logistical problems at Canada’s two major railroads, Canadian Pacific Railway and Canadian National Railway.

Will the WTI-WCS Differential Narrow?

Fortunately, Canadian producers may see some pain alleviation due to several factors, including geopolitics, cartel actions, and new pipeline capacity.

Canadian heavy oil requires complex refining processes to break down – most of the complex refineries are in the US Gulf Coast, where Canadian heavy oil must compete with Mexican and Venezuelan crude (also predominantly heavy grades). Mexican production has been declining steadily –  although government actions are looking to foreign players to bring it back up to where it was before, this will take time.

Meanwhile, Venezuela is a mess under the Maduro government and is rapidly regressing into a failed state. Production is falling off the cliff with no experts to manage and people are more worried about preserving what limited wealth they have in Bitcoin and not succumbing to one of the highest murder rates in the world in Caracas. Venezuela produces between 600,000 to 900,000 barrels of heavy crude per day, so this being taken offline will thin out the heavy oil supply substantially.

As discussed in a previous post, OPEC may curtail production cuts. However, much of the offline capacity is heavy crude – bringing back a million barrels of heavy-weighted production mix may be a headwind to heavy oil prices.

Pipeline growth will continue with the Alberta Clipper/Line 67 Expansion (Enbridge pipeline from Hardisty, Alberta to Superior, Wisconsin that received the Presidential Permit to expand to 800,000 barrels per day of throughput), Line 3 Replacement (Enbridge), Trans-Mountain Expansion (Kinder Morgan from Alberta to the BC Coast slated to expand by 590,000 barrels per day of throughput from 300,000 to 890,000) and Keystone XL (TransCanada).

New pipelines meant to service heavy oil have been kicked back due to political pressure from environmentalists repeatedly as well as NIMBYism (not in my backyard) due to uncertainty pertaining to what jurisdiction pipelines fall under. Alberta, the source of Canada’s heavy oil, is a landlocked province which requires access to tidewater to realize good prices. As there is limited direct impact on British Columbia’s economy, political pandering and bickering has led to many false starts on pipeline expansion being halted.

The Trudeau government now views this as a national interest issue that cannot be slowed by provincial politics and has accordingly established new regulatory bodies under a centralized, Federal model that make the approval process more streamlined and without requiring the blessing of several other regulators – with an approval process of no longer than 2 years. There is now more certainty that Trans-Mountain Expansion (TMX) will be pushed through.

Keystone XL has benefited from a pro-energy Trump Administration and has received full shipper commitments (oil companies that use the pipelines being called shippers) to make the project commercially viable. This will add to the takeaway capacity for heavy oil.

On the demand side, the Northwest Redwater bitumen refinery will take on more diluted bitumen (“dilbit”) to the tune of 80,000 barrels per day, further easing the egress issues in Western Canada.