(If you are a CFA Level 1 or Level 2 candidate read to the end to receive a special offer.)

There are plenty of war stories among those who have attempted the CFA exams. Within capital markets, passing the CFA exams is a nice badge of honor that proves your ability to work hard. The fact that an ABC-multiple choice exam can command such low pass rates among those who are already academically adept is rather mind boggling. To be clear, the pass rates below are for those who showed up on exam day and does not include the approximately 20% of candidates that do not show up every year.

Forgetting is the key to learning

Whereas most candidates focus on learning the testable topics, Remika, a Vancouver-based edtech company, is suggesting candidates should prioritize the other side of the equation – retention.

“Candidates struggle with the CFA exams because of the breadth of the content, not the depth. Most candidates fail not because they don’t understand the logic, but rather because they couldn’t remember minor distinctions between GAAP and IFRS or fail to recall some obscure list, formula, or terminology. With the exams moving to computer based testing in 2021, we thought now is prime time for candidates to innovate and improve their study methods. ” – Victor, Co-Founder of Remika

Our brains are programmed to forget. It has to, or we would be overloaded with useless everyday life details such as the appearances of every passersby and every meal we ate in the last week. When it comes to learning anything, the key is: to teach our brain not what to learn, but what not to forget. Mindblown yet?

Take a look at this chart, famously the Forgetting Curve by Hermann Ebbinghaus (1885). 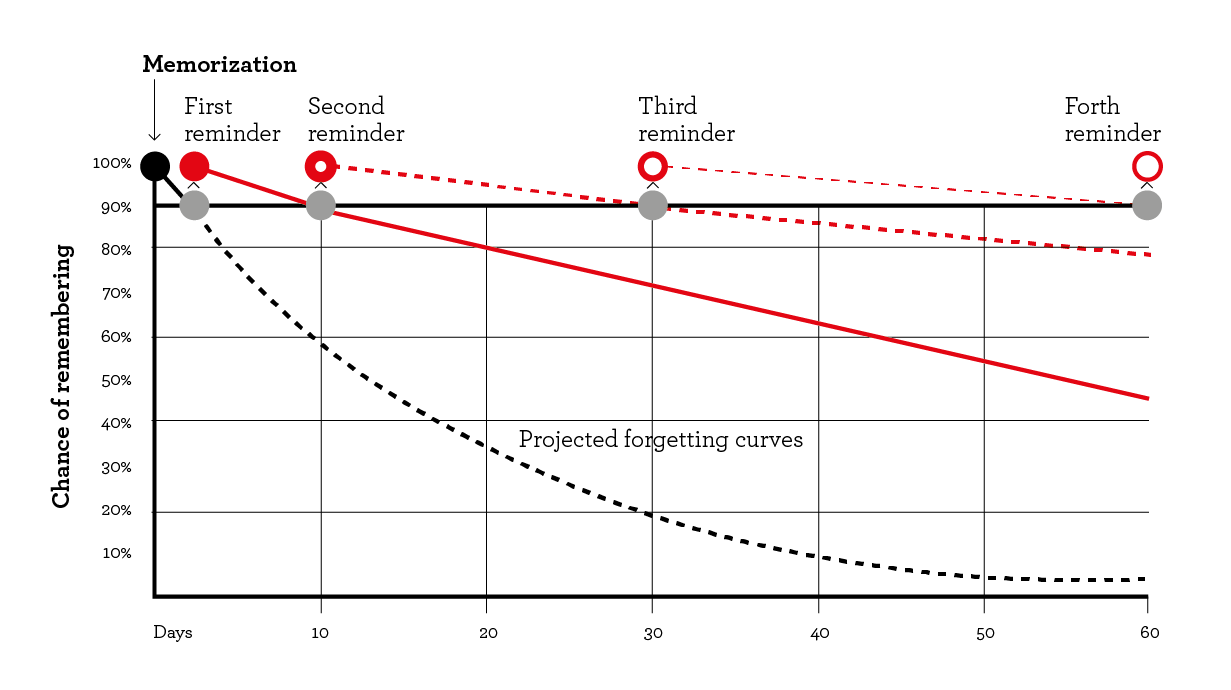 Notice how after 10 days of learning something (Memorization, black dashed line), we are likely to retain only 60% of what we’ve learned. However, if we refresh our memory three days in (First reminder line), then our retention would increase to 90%.

The science of spaced repetition shows that the interval between the reminders matter. In fact, we are much more likely to remember something for longer if we refresh a memory just before it’s about to be forgotten. If the reminder came too soon, then our brains did not have to work to recall the information and as such the information will stay in our short term memory. If the reminder is shown after we completely forget, then the memory lapses and the process starts over. Note how the forgetting curve flattens out with each reminder, which represents the movement of knowledge from short term to long term memory.

For the Level 1 exam in December, there are in total 57 readings covering over 480 Learning Outcome Statements (LOS). Suppose a candidate learns all the LOSs successfully, how will she retain them over the weeks and months leading to the exam, where she has to recall those concepts during one stressful time-crunched exam?

Remika (www.remika.io) offers over 4,000 spaced repetition flashcards that cover all the Learning Outcome Statements. Each flashcard is scheduled using Remika’s spaced repetition algorithm so candidates can spend their precious time focusing on the concepts they struggle with most. 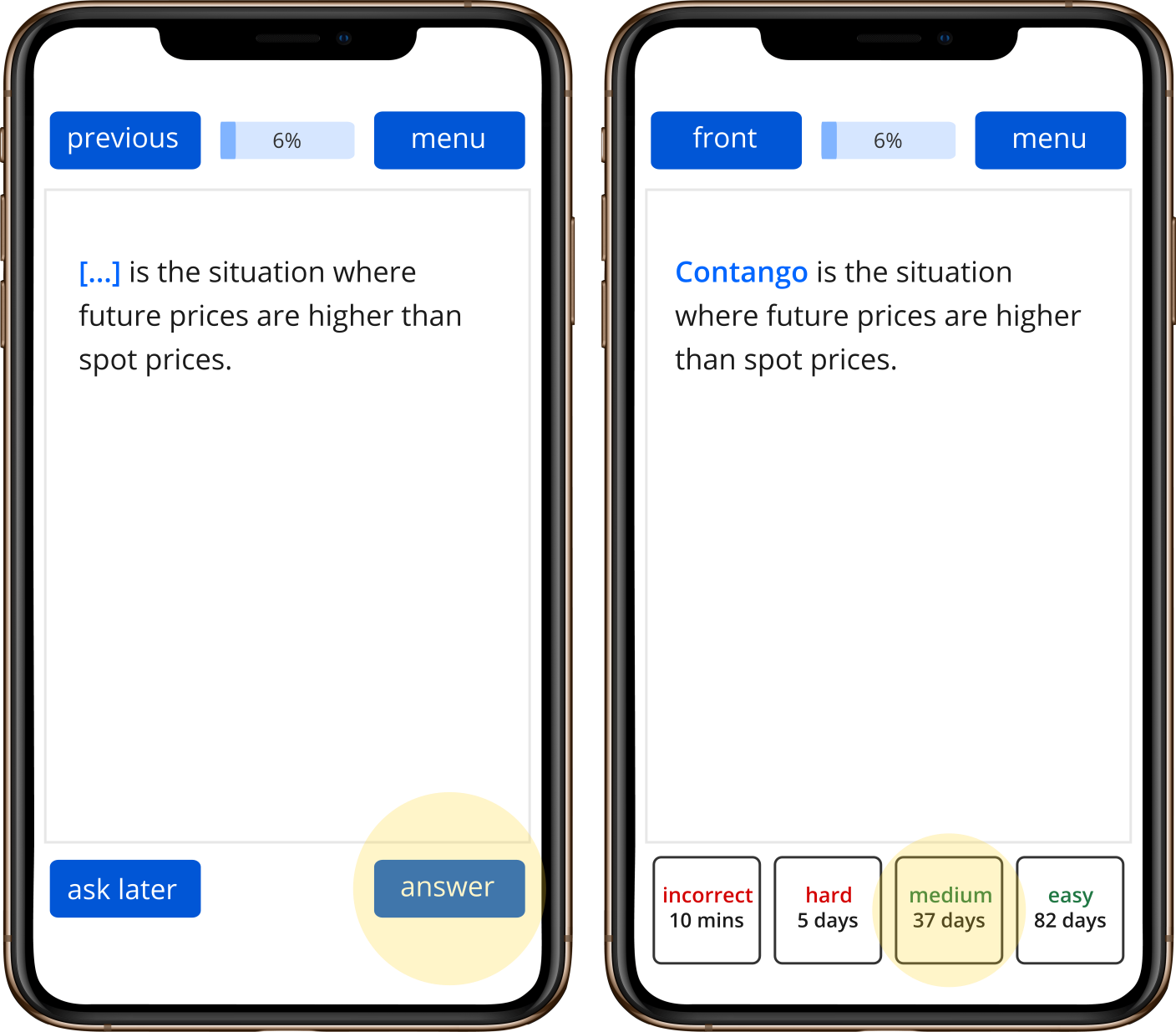 You might already be using Schweser, Bloomberg, or Wiley, and that’s fine. Remika is designed purely for retention and is therefore an ideal supplement to any study method. While the native mobile app is still in development, Remika is fully compatible on most mobile browsers. So while you are commuting or taking a break at your desk, you can sneak in a few cards to review. 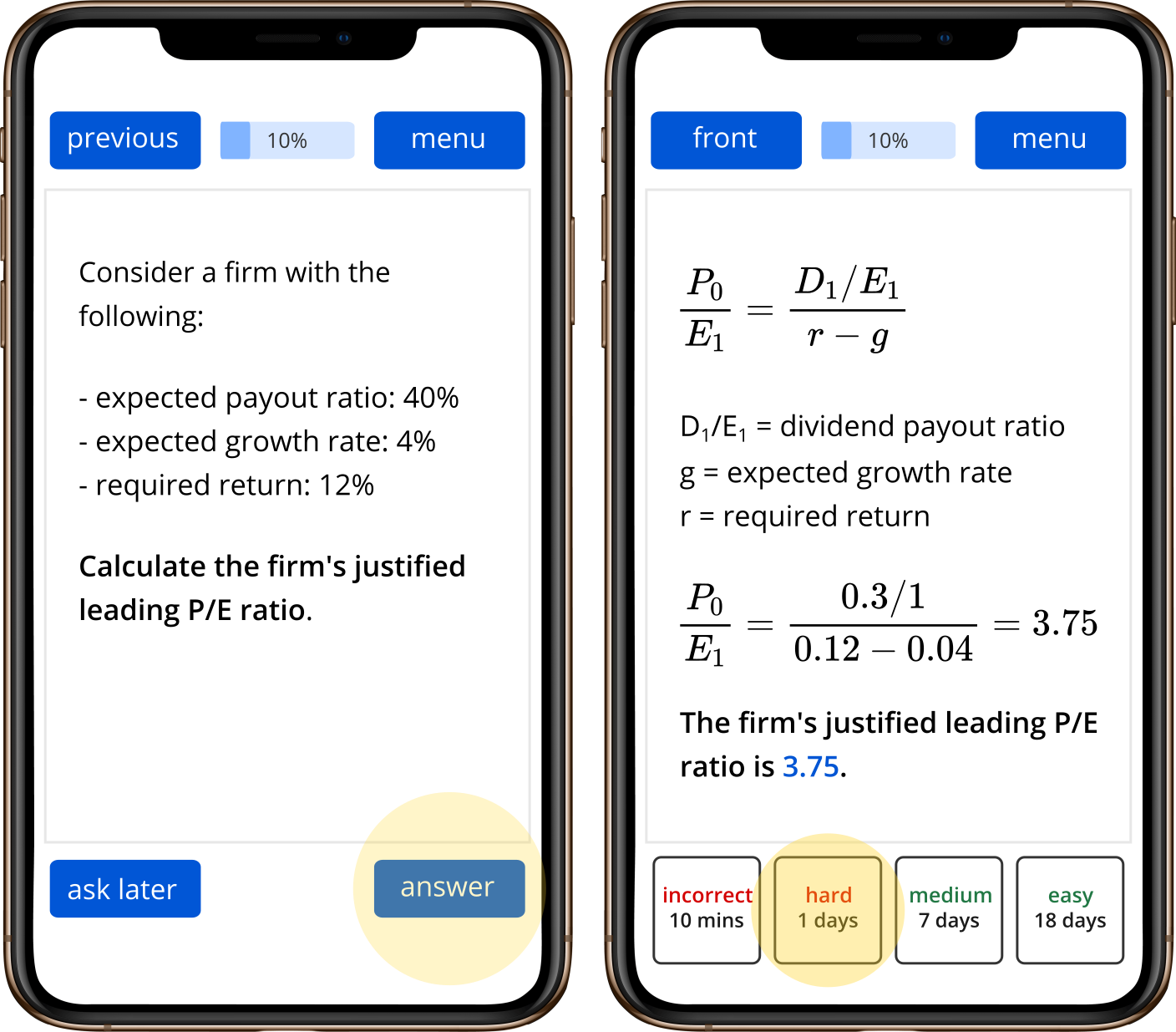 While remika could be revolutionary for the CFA exams, spaced repetition technology has been around for quite some time now. Duolingo, the $1.5B+ language learning app with over 40 million users uses the same technology to allow its users to seamlessly learn languages. Spaced repetition is also heavily used in the medical school community since medical students not only need to retain knowledge to pass the exams, but must also retain knowledge for once they are out in the field as doctors and surgeons.

We had a great time talking with the team at Remika. If you want to give your CFA exam prep a boost go to remika.io and try them out for free. Use the code SSHB20 and get 20% off, offer expires September 30, 2020.