You are here
Home > Uncategorized > What’s Going On With China Real Estate? 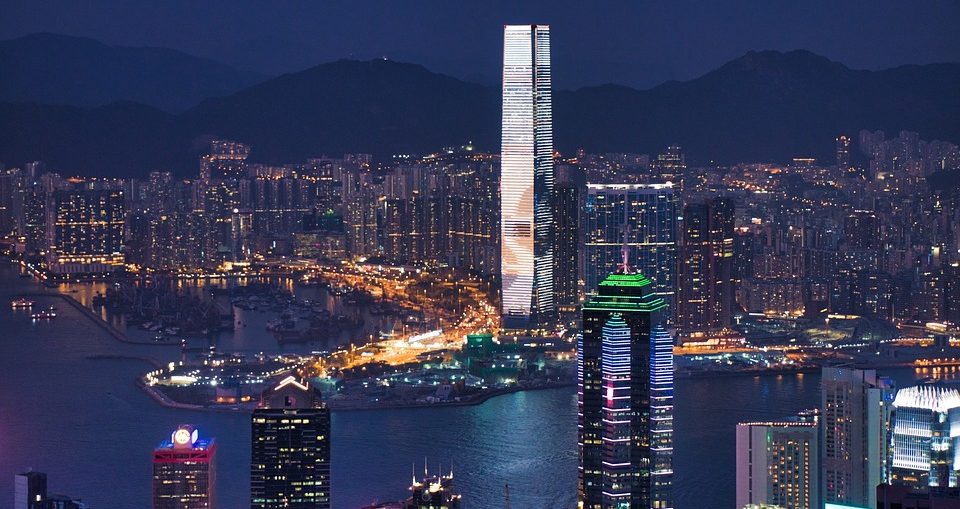 Starting in the 2nd half of 2021, China Property (or China Property High Yield, China Real Estate High Yield, China Real Estate equities) became a big topic for global markets. Although already trending down from the February 2021 highs reached by Chinese stocks in general, Chinese markets were hit by what felt to outside market participants as an unending series of negative news events (which is saying something because practically every news item on China is somewhat negatively tinged on Bloomberg or CNBC).

Chinese regulatory crackdowns on large platform technology (the FAANGs of China), edu-tech and private tutoring, and real estate all happened in quick and unanticipated fashion, ostensibly. In addition to this, China started to experience a power crunch while commodity prices were soaring. Certain institutional investors started to declare that China was uninvestible.

The Chinese market is still bottoming or forming a base pattern – although power crunch concerns have abated, broader global concerns over the Federal Reserve preparing to tighten monetary policy to keep inflation from overheating have further depressed Chinese asset prices.

However, China Real Estate continues to be challenged – with many private developers already defaulting. While the average retail investor in Mainland China/Hong Kong will generally only be concerned with the equity value of many of these once megacap real estate firms, there also exists an extremely large ultra high net worth class of investors in Greater China who previously loved purchasing the US dollar bonds of these same developers.

As a result of Chinese capital markets being less developed, traditional Chinese sentiment towards real estate as an infallible investment – directly or indirectly, and low investor sophistication, this was a trade that worked consistently year over year – until it didn’t.

Many private bank (UHNW clients with liquid, investible assets of US$25 million +) held bonds were margined 3-to-1 or higher. Each year bonds yielding 10% would provide 30% returns. Bonds would simply be refinanced at maturity irrespective of cash flow profile.

Unfortunately, being on the wrong end of the trade would mean having 3x the capital wiped – with many being margin called – accelerating a precipitous decline in bond prices across the curve. With certain names defaulting in some form or another, private banks also stopped assigning collateral or loan value to their holdings, so they needed to repay the 2x not owned by them immediately – at the face value.

As you can imagine, the cost of capital for Chinese property firms skyrocketed. Share prices plummeted, with some companies falling more than 90% – making equity issuance impossible. For those with residual meaningful equity value, most private developers are controlled by a majority owning Chairman – who may find new issuances to be too dilutive.

For offshore bonds, the yield to maturity has fallen to distressed or stressed levels, making refinancing impossible for the less creditworthy players.

Some media have declared Evergrande or the China real estate issues as a possible equivalent of a Lehman moment for China. This is unlikely – the crisis itself was triggered by the regulators (or the property companies, depending on how you look at it) declaring that debt funding channels should be closed for overleveraged developers. This led to a domino effect with several developers experiencing liquidity crises.

No regulator is going to force a Lehman moment on purpose. However – letting the previous status quo of more debt fuelled expansion could eventually lead to a real Lehman moment – hence the determination by Chinese regulators to pop the bubble now.

However, there is consensus that there will be spillover effects into the broader economy. Real estate is an outsized proportion of Chinese GDP and feeds into construction, bank and trust loan debt, onshore bonds (which banks invest in – commercial banks are approx. 2/3 of the trading volume for the domestic bond market). If property prices are allowed to collapse, housing values drop – and they can drop to the extent where mortgages become underwater.

Anyway, it is clear that the relevant regulatory bodies would not permit an event like this to occur. So if real estate prices are too high but you can’t quite let them fall off a cliff either what do you do? You can keep them the same while incomes catch up.

Governments – national, provincial and municipal –  will try to be mostly hands off, until some corrective measure is needed. At all levels of government, certain easing adjustments have been made – both for real estate as well as the economy at large.

For example at a municipal level, the city of Foshan was looking at stimulating property investment by offering less onerous down payment requirements (stimulating demand) and quicker releases of pre-sale proceeds.

From a national level, the People’s Bank of China (PBOC) has lowered key borrowing costs in January. For instance, the Loan Prime Rate (LPR) has been cut at the one and five year levels. This is the reference rate for mortgages.

China also eased caps on loans for real estate (banks will sometimes have concentration risk limits that they are not allowed to breach, same as in any other country – although they may not be specifically mandated by government) to fund public rental housing. Selective measures are meant to keep consumer confidence high and allow otherwise healthy developers to continue to operate while the truly overlevered are too far behind to be saved.

No question that the trend for China Real Estate is down – contracted sales, one of the most important measures of cash flow for developers in China, have fallen materially for weaker private real estate developers. However, prices have held up (as measured by price per square meter for sales) – decreasing only a little bit.

Ultimately this may play a part in the desired clean up of some longstanding issues in China capital markets in general (not limited to real estate), including weak financial disclosures, poor corporate governance, unreliable credit rating agency scores (for all the criticisms levelled at Moody’s and S&P during the financial crisis, certain Chinese rating agencies may be even more suspect) and a developing legal restructuring framework (unlike Chapter 11 in the U.S.).