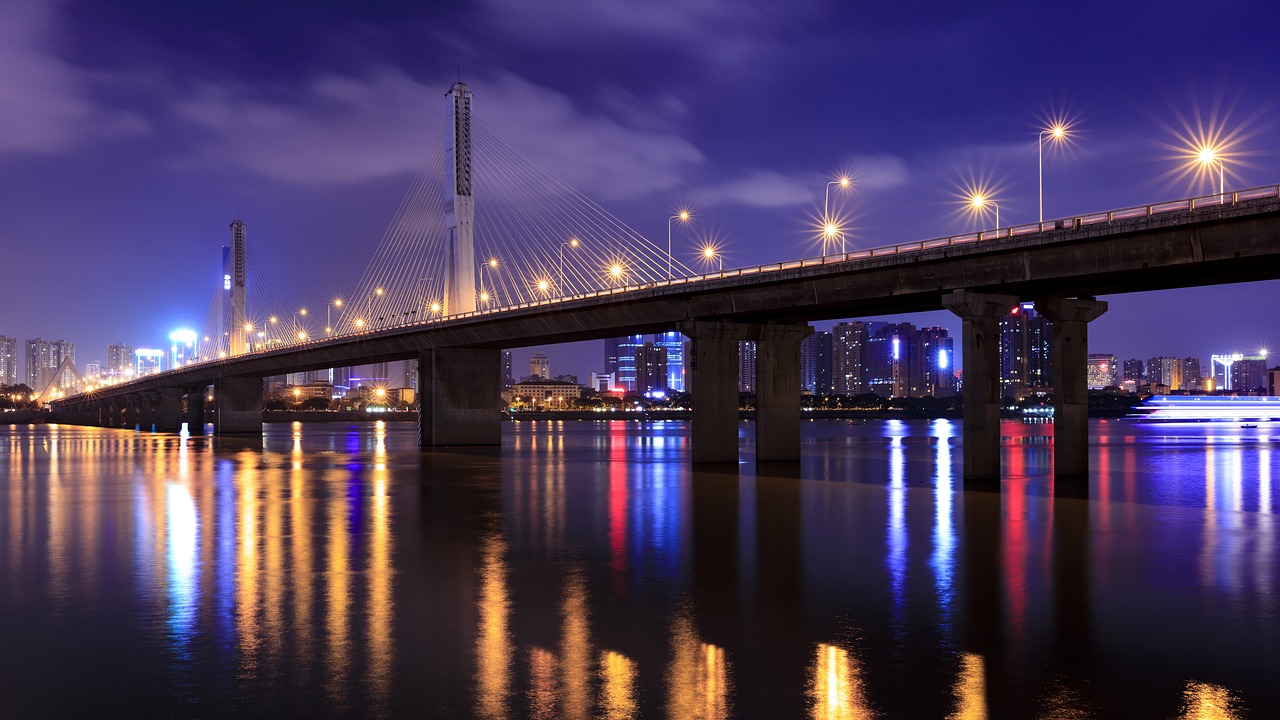 When Do Debts Need to be Restructured?

For the layman, financial restructuring is required when the capitalization of a corporate is not appropriate for the economic value of the firm.

When an investment bank’s restructuring advisory arm is involved, this always means that the balance sheet is overleveraged rather than underleveraged. Companies that are underleveraged might be saddled with a good problem as it leaves them with optionality. If they want to “right-size” their balance sheet, they can issue debt to fund share repurchases or an acquisition by working with the debt capital markets or leveraged finance division of the investment bank.

In a restructuring scenario this usually means that the enterprise value of the firm is less than the face value of its obligations (recall, this is not necessarily just paper or debt, but can also include amounts owed to creditors such as accounts payable, litigation, pension obligations and asset retirement obligations).

Financial restructuring is sometimes also required when a company is solvent but not liquid. For instance, they may have upcoming debt maturities that they do not have cash on hand to fund or may require some compromise with debtholders because they cannot get an acceptable refinancing from the capital markets (capital markets may be closed or the macro or microeconomic environment may not be willing to provide sustainable interest rates for the credit).

The restructuring team in an investment bank is responsible for guiding the stakeholders that they represent to the best outcome. For an overlevered company, there are often various creditor classes as well as equityholders, preferred shareholders and the company/management.

Although there can be more than one creditor class that hires an advisor (the banks are usually the most senior and can hire an advisor but generally are reasonably assured that they will be repaid), smart money will generally know where the value break is and not hire unless they feel that they can get compelling value from retaining an investment banker (although the debtor will generally pay for the dominant creditor class’s financial advisor).

For the debtor/company advisory, they will be busy trying to put together a plan of reorganization that is acceptable to stakeholders, either settling out of court or going through a Chapter 11 bankruptcy (in-court) and reorganization filing. In-court is obviously more expensive versus a privately negotiated settlement but sometimes when there is no consensus or there are holdout creditors, an in-court process is necessary. In-court can still be amicable with terms largely agreed by various creditors, but also has options such as a cram down (forcing recalcitrant junior creditors to accept an outcome) supported by various exhibits compiled by the bankers.

Financial restructuring investment banking is complex enough even in developed markets with mature legal and regulatory frameworks – however, in emerging markets with less legal protections and other nuances, navigating the restructuring process may be even more difficult.

The quantum of debt floating around in emerging markets (a trend likely to rise) necessitates restructuring investment bankers in other areas of the world. To be a good distressed debt investor or banker in emerging markets there is a lot of cultural and regulatory nuance that needs to be understood. Even when laws and contracts are the same as in developed markets, difficulties with enforcement or technicalities can impede recoveries on debt. Bondholders and their advisers need to be cognizant of leakage to subordinated related parties.

When looking at jurisdiction, investors and restructuring bankers need to consider legal frameworks and precedence, judicial independence, corruption issues and political inclinations. For instance, some jurisdictions are debtor friendly, some are creditor friendly, and some will put the societal surplus at the top of the list of considerations (although how that is interpreted is another matter). Many debt issuers in emerging markets are connected, family-controlled entities where relationships help and need to be managed.

In addition, with certain regimes there are capital controls related to currency and potential snags with foreign investment (making loan-to-own playbooks difficult). Investors may need to hire local consultants and law firms to assist with understanding structural subordination to opcos in the country where assets may be hard to seize. With looser regulatory controls, there may also be fraudulent financial statements.

Especially when denominated in non-USD currencies or having off-market / structured terms, unsecured bonds may suffer from poor trading liquidity.

When firms are in distress, they will retain an investment banker to look at what the true debt capacity of the firm is as well as the unlevered value of operations.

The investment bank will then put together a go-forward plan for the distressed corporate and be involved with negotiations with creditors.

As with any other investment banking division such as M&A or coverage, investment banks will coordinate due diligence and manage the virtual data room while the client continues on operating the company.

Once a path (sometimes dual track or many concurrent processes in a restructuring situation) has been decided, the investment bankers may look to effectuate asset sales, a sale of the whole company (distressed M&A is more time sensitive than a normal situation) and arranging financing – usually in the form of private capital as there is going to be no market for public debt or equity.

As it follows, restructuring boutiques usually have strong financial sponsors groups who are looking for these special situations to get strong upper double digit returns on their capital.

On the other side, noteholders and other creditor classes who think that their debt is impaired (but not fully written off) may retain an investment banker to look into what their options are.

Creditors are generally smart investors and will have a good idea of valuation (but certainly not always). They will generally be led by a main account which holds a substantial amount of debt for the creditor class (for example Prudential, Allianz or Blackrock) and are looking for investment banker perspectives on value to see if they line up with their own and also for their expertise in a workout situation or for negotiations. Each creditor class will also usually hire their own legal counsel.

Creditor advisors will usually be paid as a percentage of the face value of debt they represent as well as with a monthly retainer. The debtor will usually agree to pay for the creditor mandate fees.

When the enterprise value of the firm exceeds the debt and temporary liquidity issues exist, steering committees can be formed to represent all creditors or just the largest creditors of each constituencies in the capital structure to come up with a solution.

Being Cleansed of Non-Public Information

For widely traded bonds that are trading at 40 cents on the dollar, hedge funds and asset managers may want to remain unrestricted in terms of their trading privileges. An investment banker acts as a white glove for the funds and non-public information may be exchanged between the bankers and the debtor while the creditors are left in the dark.

What an analyst does in the restructuring group is not all that different technically from a mergers & acquisitions analyst. Analysts are putting together slides, running analysis, modeling (it can be argued that restructuring bankers are actually much more technical than M&A bankers because the numbers need to be precise – getting something wrong could lead to a default whereas the accretion/dilution merger math in M&A is ok as long as it is directionally right), setting up conference calls, taking minutes, and binding books.

However, the topics that are covered are much closer to leveraged finance – especially on the more distressed names. Comparables analysis may be done for debt and analysts will track where B and CCC rated debt are trading. Anything dropping before certain thresholds is a flag and senior bankers can then approach a company after an analyst puts a briefing together on the latest news and events.

The analysis is often a lot more messy than in M&A – there are plenty of competing stakeholders and knowing where claims lie and where assets lie is very important. Many distressed companies have complicated corporate structures and a web of subsidiaries where claims can be structurally subordinated (aka a spaghetti factory). Analysts and associates will therefore have to put together organizational charts that describe the relationships between various corporate subsidiaries.

Restructuring investment bankers place extremely well across buy side roles – both in credit based hedge funds and private equity.

The internet perception is that megafund private equity and the most prestigious firms do not like restructuring candidates because the product they specialize in is too niche.

However, a restructuring background actually demands a far more robust understanding of valuation and capital structure (as value break analysis is much less fluffy than accretion dilution math with liberal assumptions) than M&A.

Nonetheless, restructuring candidates most commonly find themselves in credit hedge funds, special situations groups and distressed private equity (including loan to own situations) – usually looking at illiquid securities. The logic here is that the competitive advantage that a restructuring banker offers is understanding a workout scenario. Legal documents, deadlines and process outcomes must be dissected by professionals that have worked on many of these deals and a superstar from M&A or an industry group cannot be brought up the learning curve quickly.

Not a typical example, but thinking about an outcome such as when Elliott Management Corporation took over AC Milan is something that an ex-restructuring banker could look for when evaluating making a loan.