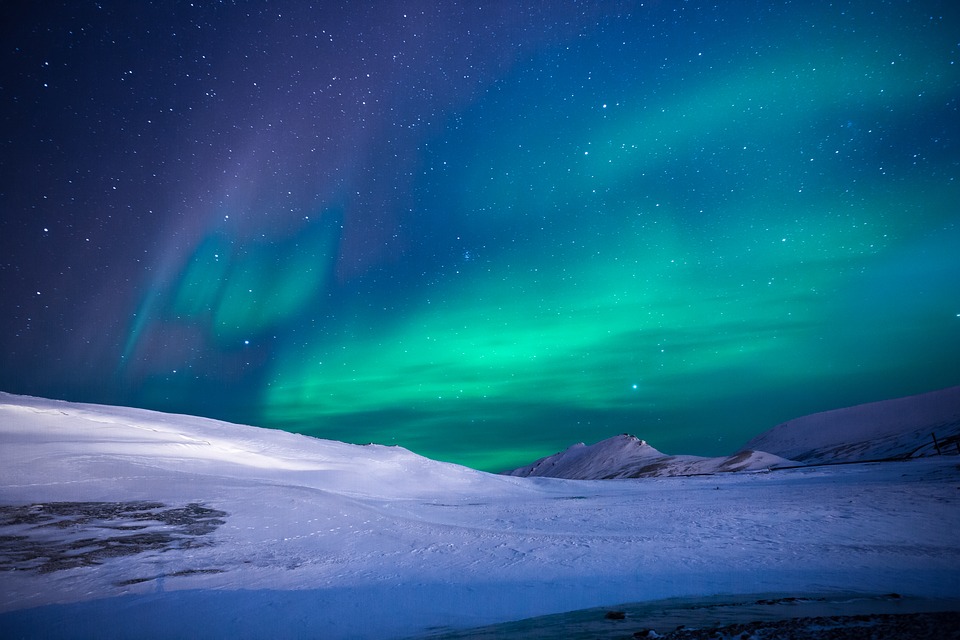 Corporate banking interview questions have been hard to find on Google. Not anymore! In addition to the standard investment banking questions, corporate bankers may be expected to know some sales and trading questions as well due to how close they are to the products (Debt Capital Markets and IRD will often come on road shows with corporate bankers).

Corporate banking is huge, but there is an absence of literature on the topic online. The sector is only getting larger, and becoming more and more relevant for financial institutions in emerging markets, especially before equity capital markets and debt capital markets are mature there.

Corporate banking is appealing as it is the primary relationship role for many product groups on the trading floor, credit analysis is more interesting and returns are more certain than fluffy concepts such as accretion/dilution, and in corporate banking the analysis is based on that of an investor instead of an advisor (the bank holds the debt).

The lending aspect is interesting because credit analysis makes an optimal return known – so the analysis is much more grounded as you know your return ranges and your total loss.

Are you interested in Investment Banking or Research as well?

What is EBITDA and how do you calculate it from net income?

A positive covenant is where the borrower or obligor is required to continue to do something or actively do something (such as a pipeline purchasing insurance for spills). A negative covenant restricts them from carrying out a certain action. A financial covenant is a maintenance level that the company must not breach (for instance, debt to EBITDA of 3 times).

What are some negative covenants?

Where LIBOR and CDOR are at can be easily googled or found on Bloomberg (sometimes 3 month CDOR or LIBOR will be asked for). CDOR is the Canadian interbank floating rate. Keep in mind that corporate banks almost always prefer floating rate debt and prefer embedded options to swap the debt if fixed debt is required (to match assets and liabilities).

What is a change of control clause?

If the company is acquired or a new entity controls the firm the banks can call the loans.

What are some events of default?

Failure to pay interest after a grace period (cure period) in excess of allowed cushion.

Breach of aforementioned covenants without cure.

What is debt capacity?

What is the debt cushion?

The debt cushion is the debt capacity minus how much debt the company has now.

Starbucks has EBITDA of 10 Billion and Debt of 30 Billion. The pre-tax cost of debt is 5% (definitely not the case in today’s market).

Let’s say there is a leverage covenant of 5x. What is the EBITDA cushion?

There is a coverage covenant of 3x. What’s the threshold?

What is a waiver?

A legal agreement where the parties to the contract agree to waive or ignore a condition for a certain instance. An example would be that a company is going to breach a financial covenant or come close to it and would like some breathing room and has enough clout for the banks to agree to waiving it for one calculation period.

What is a Debt Service Coverage Ratio (DSCR)?

Debt service coverage is a ratio that calculates cash flow for debt service payments (interest and principal) versus the actual debt servicing. This impacts lending decisions and is used commonly in power project finance and real estate.

A fixed charge covenant is similar and includes operating leases and other cash outflows as defined contractually.

What is a cash sweep?

Important for levered companies – cash flow in excess of debt payments have to be used to pay down debt.

Why are loans syndicated?

There are various reasons for why large corporates syndicate their loans. Banks do not have enough credit capacity for certain names (extending too much to corporates, which are risky, can cause banks to breach risk limits). Lending usually is a starting point for any banking relationship and where ancillary products are brought up (similar to at a retail bank where a chequings account leads to a conversation about mutual funds, mortgages and lines of credit), and it serves the client to have a bank group that can compete for solutions.

Usually, for capital market issuances, banks will also not have a large enough client base to market entire share offerings as effectively as a syndicate of banks, allowing for the best pricing power for issuing bonds and equity.

Also, banks will have different return hurdles for different companies. For many banks, balance sheet is very expensive (Goldman, Deutsche), so their credit capacity is constrained if there is a limited amount of capital markets business. Some banks have a very large amount of deposits and can clear hurdles at very low returns, and clients will need them to fill the remainder of the loan for their liquidity needs.

Why is it hard for US banks to lend money to Canadian corporates?

Banks lend (a loan is an asset for the bank) by raising money through what is lent to the bank (deposits). Assets must match liabilities, so Canadian loans should be funded by Canadian deposits. As US banks do not have Canadian deposits, they must raise proceeds for the loan via the wholesale market, and the carry on that is much higher than the carry-on deposits (chequing accounts pay 0% interest whereas a 5-year Government of Canada bond may be over 1% – this is substantial where the interest received from the client may be only 2%).

How do you get to the effective interest rate on bank debt?

Interest is calculated as a spread to a floating rate (usually LIBOR). If a BBB+ corporate has a drawn fee of 120 bps above LIBOR and LIBOR is 1%, then the interest rate for any draws would be 2.2%.

What is the difference between a pricing grid and a leverage grid?

Pricing for loans is based on the creditworthiness of the obligor. Many credit agreements will have pricing step up to compensate the banks for the higher risk should an obligor become more levered (banks will have to hold more capital against them as the probability of loss rises, lowering returns). Some agreements use leverage as a benchmark for these step-ups where some will use the external rating agency ratings (Moody’s, S&P, Fitch, DBRS).

Walk me through $10 of accounts receivable through the three statements.

What is a borrowing base facility?

A borrowing base facility is a collateralized facility where the lender will loan to the borrower based on the amount of collateral the borrower posts. However, the amount that can be borrowed is given a haircut given the liquidity of the assets pledged. For instance, a company that pledges $100 of accounts receivable and $200 of inventory may see the AR being discounted to 75% of face value and inventory to 50%, which means that it can only borrow $75 + $100 or $175 despite $300 of collateral.

Despite the relative riskiness of these borrowers (compared to creditworthy customers that usually come with unsecured revolvers), these are high returning loans for banks as the expected loss is low due to the collateralization and the facilities are often drawn for operations, which means that banks will get the full drawn fee.

Let’s say we are in Canada – an what is the drawn margin for a large, unsecured revolver on a A- rated credit? What is the undrawn margin?

You could probably get away with anywhere between 90 to 120 basis points. Undrawn margin is usually 20% of drawn margin, give or take. Pricing for revolvers can be checked on Bloomberg.

What is an upfront fee?

An upfront fee is the fee paid to the banks for committing to the loan. This is paid upfront upon closing, as the name entails.

Look up some recent M&A where the investment bank led the transaction and usually the corporate bank will have been in charge of the financing as well. In many cases, banks can make more money from the financing than the advisory.

What are some loans that corporate banks offer in addition to revolvers?

Let’s say you are working in Oil and Gas Corporate Banking or Mining Corporate Banking. We have a more junior company that would not be able to get an unsecured revolver – what sort of facility would be proposed for working capital or liquidity purposes? How would that work?

Reserve base lending which would apply a haircut to proved reserves based on whether they are producing, developed non-producing or undeveloped.

Amortizing given the same tenor as it is shorter duration and lower risk.

What is a bridge loan?

A loan that is meant to be a “bridge” between the planned corporate finance activity and securing financing from equity, debt or asset sales. As such, if a company is buying another company for $300 million and intends to finance this using bonds, the company can secure financing from banks via a bridge loan and then tap the public market. Should the financing fail, they still have money from the banks (although they will need to think of a solution soon).

What is Negative Pledge?

Key for unsecured revolvers – negative pledge makes it so that if the borrower gives a security interest in any of its assets to any other creditor, the current senior unsecured debt must also receive the same priority claim

Can you explain trading credit risk and trading market risk?

Not all corporate banking teams deal with this – usually this is for when you set up derivative lines with companies which are through the sales and trading teams.

Conceptually, it is like this – Cathay Pacific enters into hedging contracts with the bank you are working for via interest rate swaps or commodities. As such the trade can go for you or against you. For example, they look to imperfectly hedge out their jet fuel/kerosene costs by selling a Brent crude forward (there is basis risk as kerosene prices are not perfectly correlated to Brent, and this example is oversimplified as they will probably layer on multiple hedges across multiple months).

Now as a market maker, the bank is always actively trying to balance the book the other way, pocketing the spread.

Nonetheless, this gives rise to two types of risks. If the contract is for Brent at $50 a barrel and Brent goes to $80, Cathay profits $30 dollars, which ideally is used to offset their rising fuel costs.

This is the market risk for the bank and needs to fall within its risk controls.

Conversely, if the bank wins on the trade and Brent falls to $20 while Cathay still needs to purchase at $50 per barrel, there is now credit risk similar to a loan as there is counterparty credit risk with Cathay repaying the bank.

What are some ways to make a bank’s risk division more comfortable with trading credit risk?

The bank’s risk division obviously does not want the trading credit risk liability or liability in general to get too big. There are various mechanisms that can assist with this including an ISDA (remember the Big Short?) with a CSA (credit support annex), which is a standard doc amended by the various legal teams of bank and counterparty as needed that can help with netting out exposures and includes other protections.

Also, banks can have in their credit agreements (primary revolving credit facilities) whereby trading credit is pari passu with other senior secured or unsecured debt with priority to other creditors.

There can also be provisions in place for timely settlement so that the amount outstanding is kept low. For example daily, weekly, or monthly settlement.